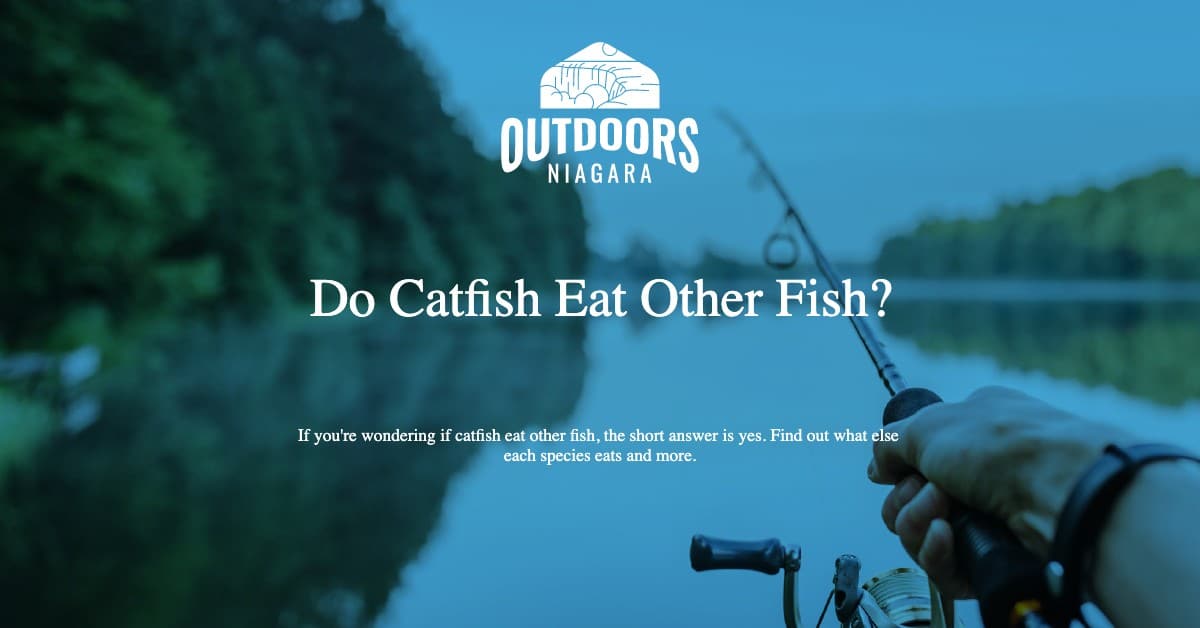 Catfish are opportunistic predator fish that feed on a wide variety of foods.

A good rule of thumb to consider what a catfish will eat is this:

Catfish will eat whatever it can fit in its mouth.

In the wild, this means bluegill, perch, baitfish, eels, carp, and any other fish it comes across.

They also eat algae and plants.

Smaller fish will feed on aquatic biota, including insect larvae and naiads; they will even eat tiny turtles whole if they find them.

So, yes, catfish will eat other fish and a lot more.

What is the Cat Fish Diet/Food?

Many people wonder what kind of diet catfish have.

Their list of foods is very long and includes both meat and vegetation.

They are true omnivores and very opportunistic.

Catfish also prefer to hunt at night while other fish are resting.

If you want to fish for catfish, the best time is a few hours before sunset and an hour or so before sunrise.

What are the different types of catfish, and what are their diets?

Do catfish eat other fish?

Catfish do eat other fish.

They will eat dead fish they find, or they will hunt living fish.

Because of their giant mouths, they can eat fish nearly the same size as they are.

Catfish are very parental while the eggs are aging.

When the baby catfish hatch, the parent will guard them until they swim off to find shelter among the reeds.

If another catfish were to swim by, they might eat the young of another species of catfish.

The exception is the flathead catfish who is very aggressive and will eat other species of catfish, including their young.

Will a parent catfish eat its own young? Not likely.

They will defend the fry until the fry migrates into the reeds. At that point, the babies are on their own.

Do freshwater catfish eat other fish?

Catfish do eat other fish.

However, for most species of catfish, life fish is their first choice for food.

The Flathead catfish is one example of a catfish that will not eat dead fish.

Channel catfish, on the other hand, will eat dead fish when hungry.

If you are looking for bait options, live bait is a good bet.

Do catfish eat other fish eggs?

They will eat fish roe if they can find it.

One good bait to try if you are fishing catfish is salmon roe.

Add the roe to your hook and drop it down into a deep hole, and you will be surprised at how many catfish you catch.

Most species of catfish will only eat dead fish if they are starving.

Channel catfish and Bullhead catfish are two exceptions that will eat dead fish if they find them.

Many anglers will use live bait over dead bait, but you should consider using both and see which one works best for where you fish.

A significant point to make is that fish tend to eat what is native to their waters.

Suppose you fish for catfish where bluegill or bream are native.

Try those as dead bait.

Chances are, you will have a good day of fishing.

Bream is one of the main fish that catfish target.

The more aggressive fish prefer them live, such as the flathead catfish, but channel cats and blue cats will eat bream as dead bait.

Many species of catfish will eat bread.

As bait, anglers roll soft bread into a dough ball and place it on a hook.

When fished at the bottom of a slow-moving body of water, the dough-ball will attract catfish.

Try a dough ball if you are fishing for catfish and other bait types that are not working well.

They are very aggressive, and the bass are notoriously fast and with good vision.

As a result, catching bass is a challenge for most species of catfish.

They will, of course, eat younger bass that lurks in the reeds.

As bottom feeders, they will eat almost anything they find.

Most species prefer meat, but algae is a complete plant-based protein.

In nature, protein is essential as part of the food supply for all creatures.

Catfish are a fantastic array of species.

They are built to survive, and they do an excellent job of being one of the top predators in rivers, ponds, lakes, and small water tributaries.

Fishing for catfish is an old sport, and one also tastes good.

If you are new to fishing for catfish, live bait works best, but some species will take dead bait too.