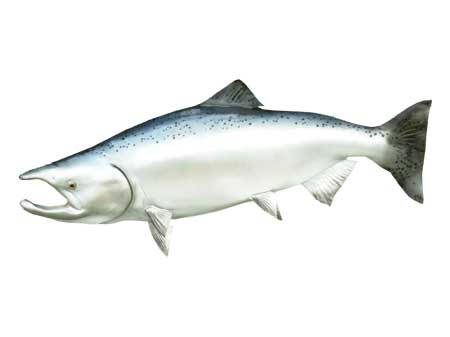 It's called the Fall

Prizes determined by number of entrants, and after expenses
First & Second Prize, 70/30 split

Refreshments at lower pavilion near launch ramp at 2:30 PM

Applications at A-1 Bait & Down River Bait & Tackle
or the morning of the competition at the Lewiston Boat Launch.

Winners and the report will be listed here on this page so bookmark it!

Ms. Cinelli Wins Bunky Derby - On a day when the weather forecast was for rain and thunderstorms, but the weather was the complete opposite; a day when the Buffalo Bills were the underdogs, but still managed to squeeze out a victory; a different Cinelli pulled through in the clutch to win the Second Annual Capt. Ron Memorial Fishing Contest - also known as "The Bunky Derby."

Karen Cinelli of Newfane won first place overall when she reeled in a 29 pound, four ounce salmon from Lake Ontario out of Olcott. Rather than fight the weekend congestion in Devil's Hole, Karen, her husband Bob, Eric Bickel and Jason Mannbich of Burt and Newfane respectively headed out into the lake from some late season trolling. While they didn't catch a lot of fish, they did catch some quality salmon. The winner took a J-plug. Karen was the only female fishing the competition and she was inspired when last year's winner, Joe Cinelli of Grand Island, asked Karen if she was going to be in it. When she said that she was, his response was in thanking her for her contribution for his predicted winnings. This time is was Karen winning the $280.

Second place went to Vince Cerrone of Youngstown with a 27 pound, six ounce king from Devil's Hole taken on egg skein. He won $120. It was a glorious day on the river as both fish and weather cooperated. The food was great and the memories were strong as the local fishing community remembered Capt. Ron Meesig who passed away last year. In addition to the camaraderie, a total of $300 was also raised for the American Brain Tumor Association. Connie Adams-Meesig, who organized the event, was extremely thankful for all the participating boats and people who helped cook the food. A great time was had by all and no one walked away hungry.

Earlier this year, the Lower Niagara River lost one of its own when Capt. Ron "Bunky" Meesig lost his battle with a brain tumor. Not wanting to let his memory be forgotten, his wife, Connie Adams-Meesig, decided to put together the First Annual Capt. Ron Meesig Memorial Salmon Derby in his honor last Sunday, to have boats compete for the "Bunky" Award. A total of 31 boats competed in this competition.

Capt. Joe Cinelli of Grand Island was the first "Bunky" winner. He was the top gun with a 23.3 pound king. Jeff Tedesco of Lewiston was runnerup with a 22.3 pound Chinook. Cinelli earned $294 plus a plaque; Tedesco $126. Cinelli will have his name engraved on a larger plaque that will be on display at Tin Pan Alley in Lewiston, with the new winner to be added on each year.

A total of $255 was also raised for the American Brain Tumor Association, in Capt. Ron's memory. While it's nice to win a little cash or receive a plaque, this was all secondary to the real intent of the contest - pull the Lower Niagara River fishing community together for a day to remember a good friend. Both family members and friends pulled together for a great outdoor food fest that followed the derby, including barbecued chicken, deep fried turkeys, venison chili, hot dogs, hamburgers, salads and much more in the food department. Throw in some music, some great weather and a portable version of the Buffalo Bills game in the corner of the Lewiston pavilion along the banks of the Lower Niagara River - Ron's second home for his time here on earth - and the day was perfect. It most definitely brought an Irish smile from above.

Back to Home Page