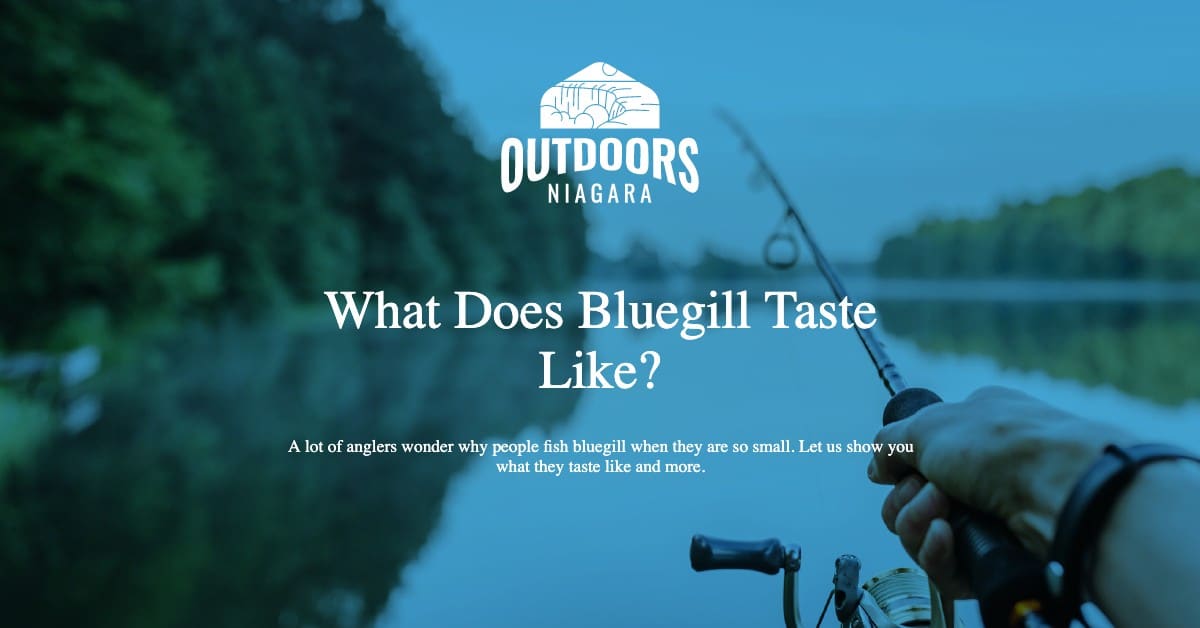 A lot of anglers wonder why people fish bluegill when they are so small.

One reason is that they taste good. Bluegill has a mild fish flavor without being overly so.

Most people pan-fry bluegill and that makes them taste even better.

Does it taste good?

Absolutely, perhaps only second to Walleye. Bluegill has a lovely firm white flesh that when pan-fried flakes nicely and holds its shape.

Other fish with softer flesh sometimes cook up slimy, but not bluegill.

Cooked bluegill is not overly fishy either.

It has a mild fish flavor that pairs nicely with herbs, spices, or even just lemon and butter.

Bluegill are perfect when cooked over a campfire in a pan with light oil. They are also good when cooked at home as fillets.

You can braise them, fry them, or sauté them.

As a lakeshore lunch, they are hard to beat when simply fried with salt and pepper. 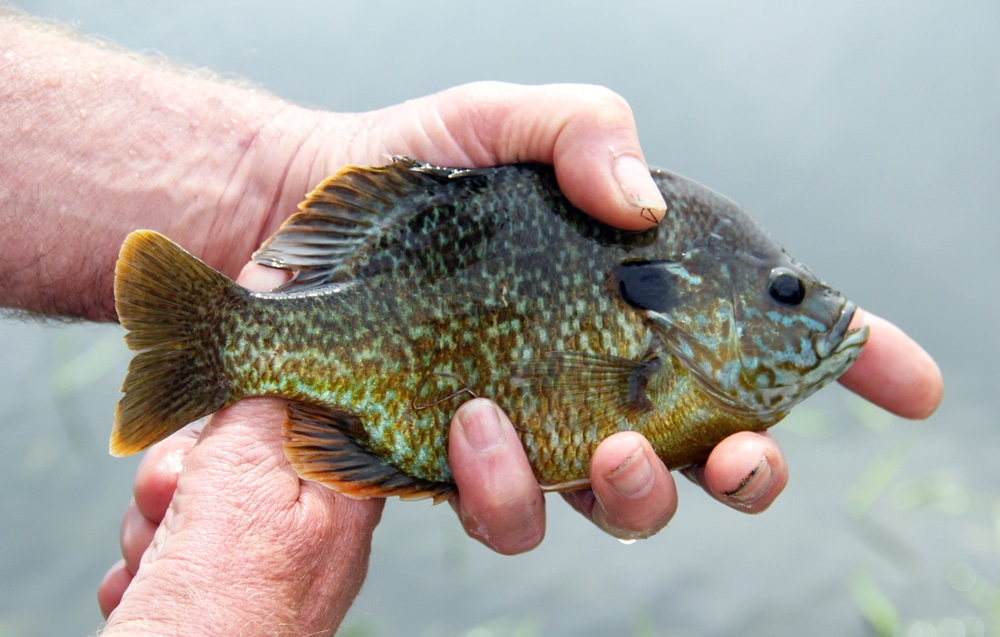 How Do You Catch Bluegill?

Worm mimics are good lures for bluegill, but they love live bait too, especially worms.

Unlike other fish, you will need to thread the worm onto the hook to cover the hook completely.

To catch blue gill you can cast out into a pond or a section of slow moving water in a river or pool.

Smaller bluegill will hang new weed beds into which they will dart when predator pike, bass, or trout come near.

You can fish for bluegill with a cane pole, spinning rod, or casting rod. Bluegills are small enough that a light weight, light action rod is fine.

Aim for a 6-7 foot pole, with a lightweight reel – spinning reels in the 2,000 series range are good.

You don’t need braided line to catch bluegill and a better line choice would be mono or fluorocarbon.

Once you get the rod set up, you can cast out and then just either let the hook drift or reel it in slowly.

Small flies are awesome for bluegills. If you are jigging, Crankbaits and spoons work okay.

The best bait for bluegill are worms but worm mimic lures work amazingly well too.

The perfect set up for catching bluegills would be a small spoon with a minnow head.

How Do You Clean Bluegill?

All that you need to do to clean bluegill is to gut them.

Take a pair of kitchen scissors or a sharp fillet knife and make a slit from the anus up to the pectoral fins along the belly.

Remove the guts and clean out in blood you see. Give the gut cavity a rinse and the bluegill is ready to fry.

How Do You Cook Bluegill?

The best way to cook bluegill is to fry them.

You can leave the skin on and just gut the fish.

Bluegill has a nice and mild flavor that you can enhance with garlic, salt, pepper, and butter.

The fish is cooked when the flesh feels firm and begins to flake.

Take the bluegill out of the pan, peel back the skin and then enjoy. Lemon, butter, and salt makes a basic tonic for bluegills.

You can go fancier and fillet the fish, dredge in egg, flour, and salt with pepper to taste and then fry it.

Bluegill serves up nicely with most sides include potato salad, mashed potatoes, and mixed veg.

What Tastes Better Bluegill or Perch?

In my opinion, bluegill tastes much better. Perch has soft flesh which can turn mushy or slimy.

The flavors are slightly strong with perch and bluegill is very versatile on the menu.

What Fish Is Similar to Bluegill?

The entire category called Pan Fish or panfish are good eating. These include bluegill, sunfish, and perch including crappie.

Sunfish, perch and crappie have a slightly sweet taste, but they can be very soft when cooked.

Bluegill on the other hand has a mild flavor and the flesh is firm.

Walleye are similar in texture to bluegill with nice firm and flakey bites.

One problem in comparing cod and bluegill is that cod are often much larger, and it is more likely you would fillet the cod over pan-frying it.

If you fillet bluegill you lose a lot of the fish in the cleaning process.

The smaller bluegill filet is often overpowered by seasonings and while the texture is firm, you gain a lot by leaving the skin on as you cook the fish.

Also, anglers like to enjoy the crispy tail of pan-fried bluegill.

Can You Eat Raw Bluegill?

Unless you are lost in the woods and have no way to make a fire you can eat bluegill raw.

You lose a lot of the natural flavor of the fish when it is eaten raw.

So long as the water in which you catch the fish is not heavily polluted raw bluegill is okay.

Again, it is much better cooked, and you lose a bunch of risk of waterborne illness when you cook bluegill over eating it raw.

If you’re instead catfish fan, it’s important to know when they spawn.