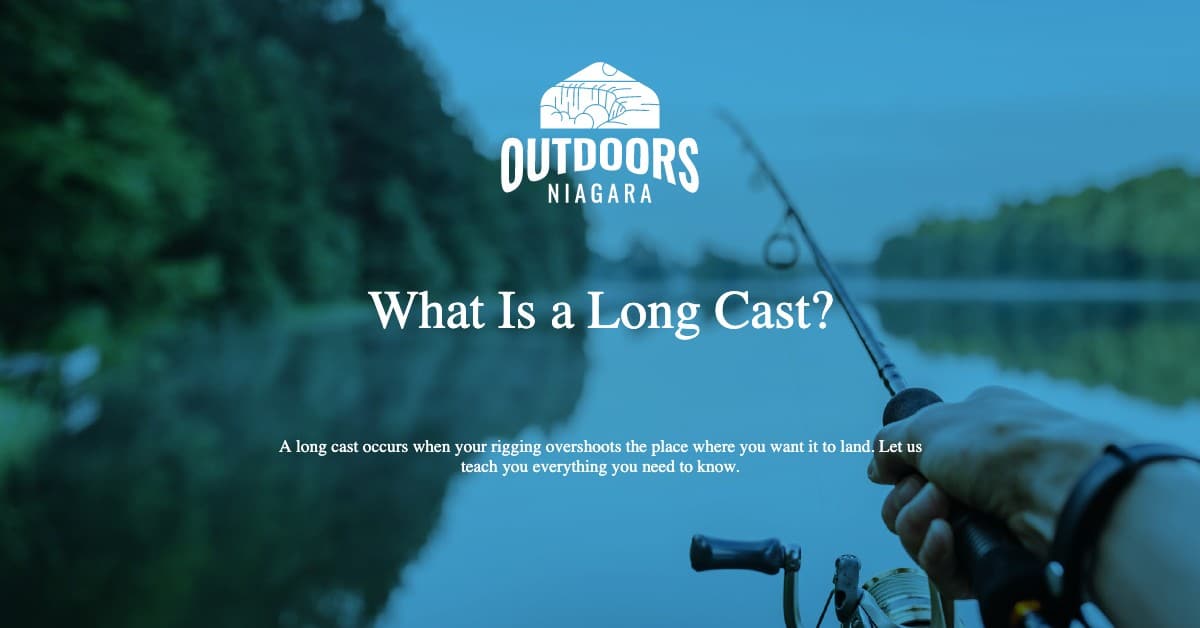 What Is Considered a Long Cast?

A long cast occurs when your rigging overshoots the place where you want it to land.

Long cast and short cast are questions of accuracy when casting.

In many fishing situations, you want to place your fly, lure, or bait in a very specific area of the water.

Being able to cast accurately is critical for enticing fish to strike your rigging.

Sight fishing is a prime example of why casting accuracy is important. Also of importance is the environment around where you fish.

Overhead branches, brush that extends over the bank’s edge, and river structures, such as sunken logs are all hazards on which your lure can snag.

Being able to cast accurately helps reduce the risk of losing lures, hooks, and rigging. 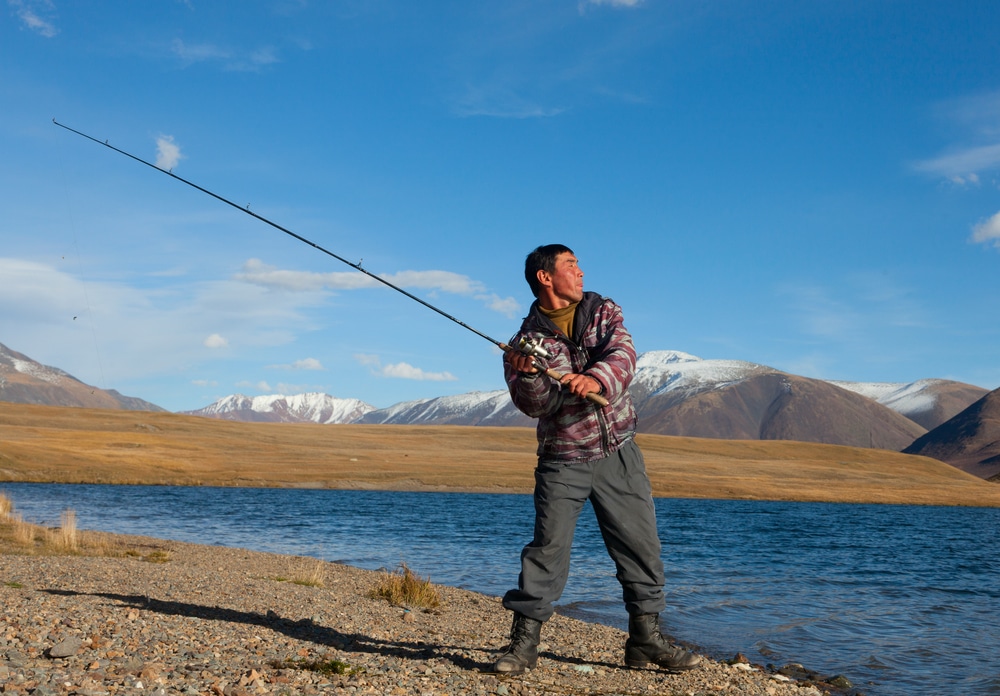 The other way to interpret long casts is by distance. There are times when you need to cast 50-60+ yards away from you.

Surf fishing is an example where you may need to employ long casts.

Fly-fishing is another means of fishing where long casts are often key to targeting smart fish.

Being able to cast for long distances enables the angler to use river structures such as riffles to move the lure, bait, or fly into a position where feeding fish may lurk. 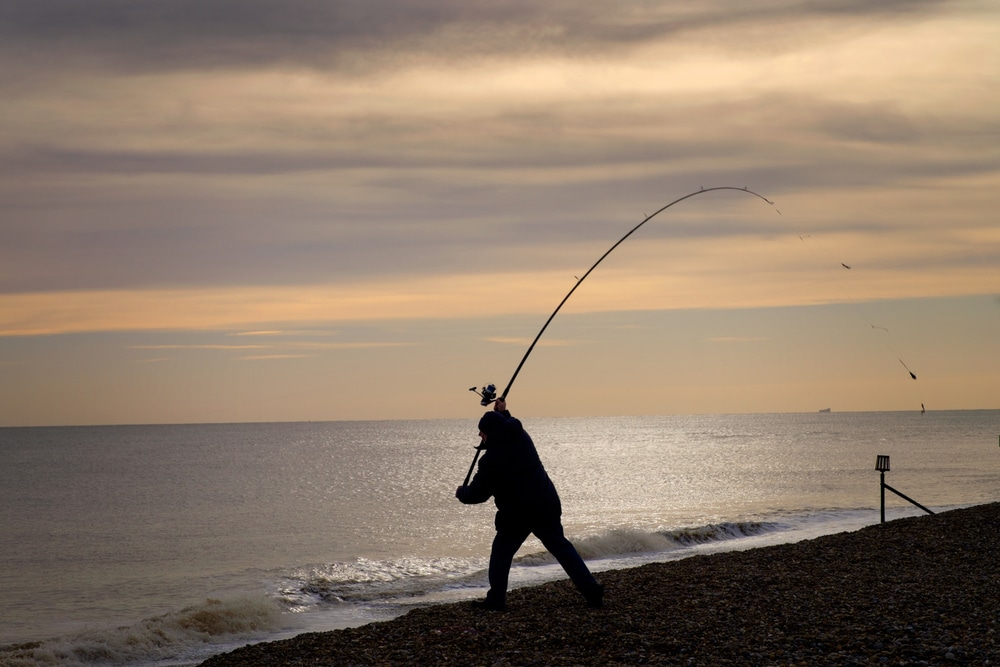 What Is a Long Cast Reel?

A long cast reel is one that has a taller spool and a larger arbor.

The wider with a bigger diameter allows the line to shoot off the reel smoothly and with less drag so that you can toss lures at a greater distance.

The taller spool also means that your reel can hold more line without tangling or backlashes occurring.

How Do You Make a Long Cast?

A long cast occurs in the same manner as a regular overhand cast.

There are factors involved that cause the line and rigging to go farther.

One factor is added force, which you create. Other factors include fishing rod length. A long casting rod is longer – at least seven feet and sometimes as long as ten feet.

The reason for the longer rod is the whip action.

When you cast the rod forward, the tip bends backward and as the rod moves through the arc that is the cast, the tip moves from backward to forward in a whip-like action that catapults the rigging forward and at greater distances.

Having a long cast reel also helps since the gear ratio and smoothness of the reel are designed to allow the line to leave the reel with less friction or drag.

One more feature of a long cast fishing pole is micro-guides.

The smaller eyes allow the line to slide through the guide sets with less friction.

The bigger the eye-hole in a fishing rod’s guide the larger the oscillation of the line and the more friction it creates leaving the rod.

Smaller diameter eye guides reduce the fluctuation of the line and decrease friction.

Friction is a force that slows down the line’s speed and can reduce the distance the line can travel.

By eliminating as much friction as possible, the cast will go farther.

Those tools needed to reduce as much friction as possible include micro-guides and a long cast reel.

You gain the power needed to make longer casts by using a longer fishing rod.

How Far Is a Good Cast with A Baitcaster?

A good cast using a bait caster is around 50 yards using a standard reel.

In situations where you need to go beyond 50 yards, you need a long cast reel and a longer fishing rod.

With a 12-foot fishing rod and long cast reel, you can approach the 100-yard mark.

What Is Considered a Long Cast on Baitcaster?

You can achieve longer yards with a long cast reel, which holds more line and has a smooth flow mechanism that reduces friction.

Friction is what slows down the line speed and reduces the distance the rigging will go.

Also, with a smooth action reel, there is less force placed on the rigging which means bait stays on the hook.

Why Can’t I Cast My Baitcaster Very Far?

There are a number of reasons why a baitcaster rod does not cast very far.

The length of the rod is essential for long casting.

You need a rod that is at least seven feet long and maybe as long as 10 feet.

The reason for the longer rods is the C-shaped flex of the rod during the casting arc.

The wider the diameter of the C-shaped arc the more power the rod creates and the farther it pitches the rigging.

Another reason you cannot cast far on your baitcaster rod is friction.

Standard rod and reel combos do a fair job of hitting the mark at under 50 yards.

By reducing friction the line is free to travel faster and farther.

Both of those attributes reduce friction and allow the power of the rod to catapult the rigging farther.