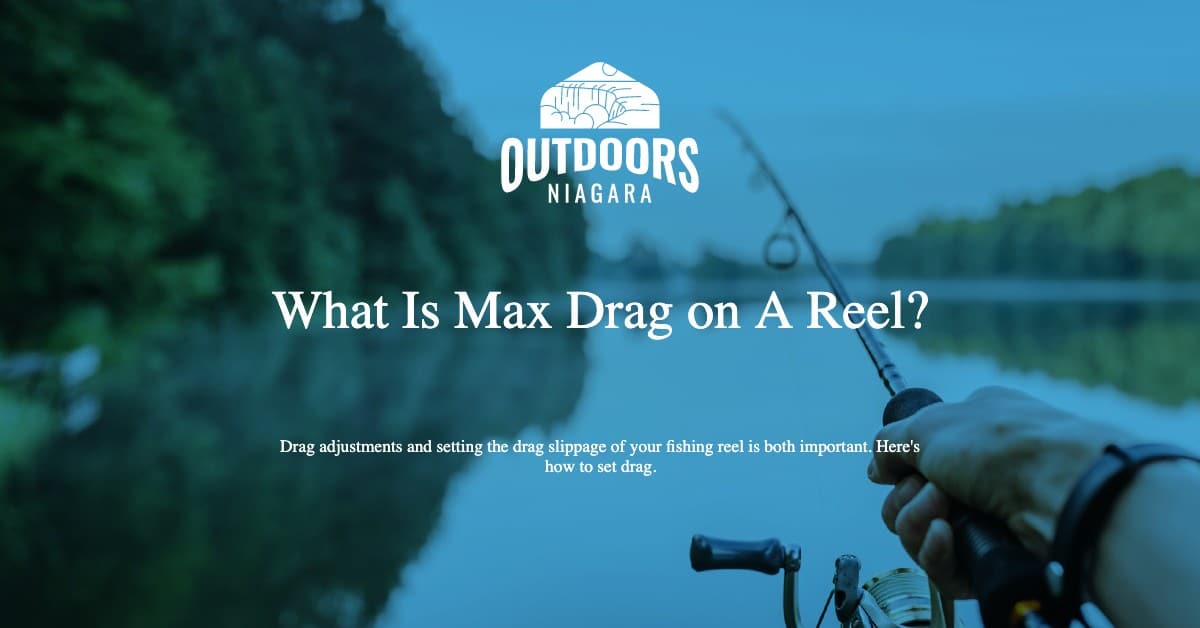 The max drag on a reel is the most force needed to move the line off the reel when the line is pulled, such as when you have a fish on the hook.

The max drag setting on a reel corresponds to the line weight rating of a pole.

A pole will list the line weight range on the blank. The max drag is 1/3 of the test strength of the line.

Lines are sold under a test scale – 8 pound test, 15 pound test, etc. A good angler will pair a rod with a reel, and with a line test rating.

Also: It is important to note that the angle at which you hold the tip of the rod in relationship to the where the line enters the water, changes the drag rating.

It takes more energy to pull a line against the drag when the line is angles into the water.

That is also why when your lure is snagged you level the pole tip with the line and gently pull backwards until the line snaps. 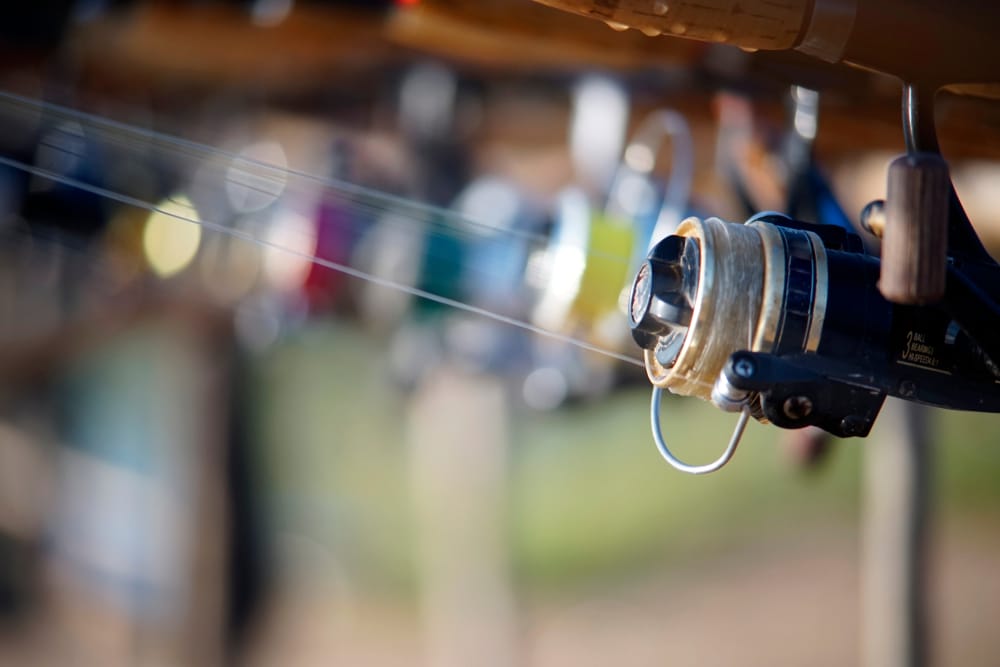 What does drag mean on a fishing reel?

Drag is a measurement of force between an object and the breaking point of fishing line.

Drag is also a scale so that anglers can change the scale or drag to meet the fishing environment, size of fish, and to manipulate line safety.

In terms of fishing, drag (force) is used to tire out big fish so that you can get them to the surface without snapping the line.

In technical terms, drag is a resistant setting on a fishing reel.

The higher the drag setting the more resistant the reel becomes to line slippage.

That is also a relationship between the maximum drag setting (resistance) and the strength of the line.

To make this even more confusing we turn to physics.

The greater the angle of the line to point A and point B – A being where the line enters the water and B being the fishing rod‘s tip.

The more gentle the angle of the line from point A to point B, the weaker the resistance or the greater the force felt on the line. 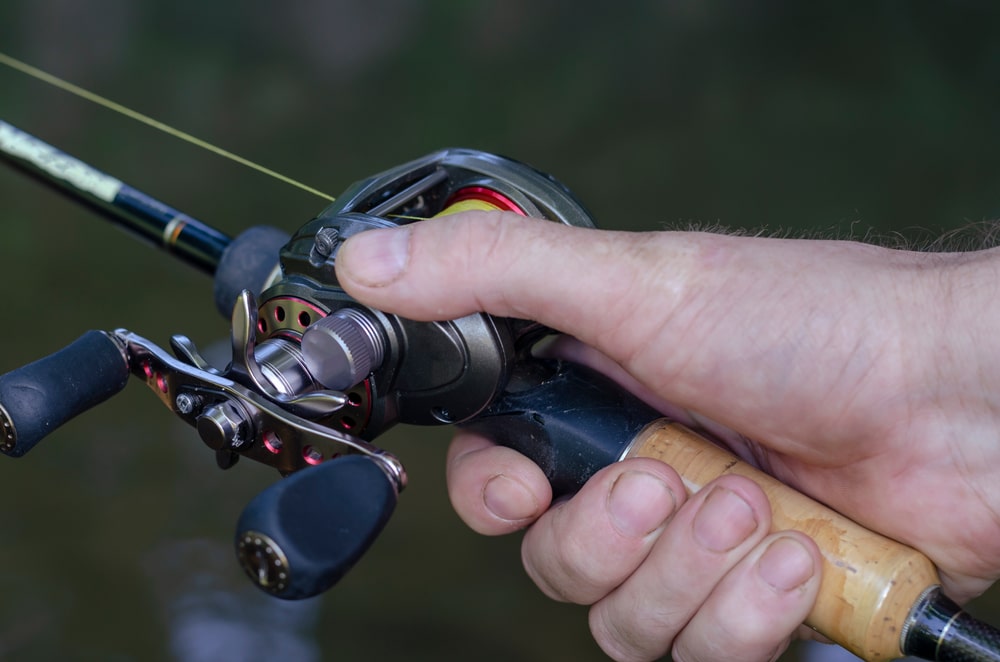 How to utilize the max drag settings on a fishing reel

When you button down the drag so that it takes the most effort for the fish to move the line, you miss out on the sport of playing the fish.

You also risk losing the fish due to hook malfunction or injury to the fish’s mouth.

As you fish and while you battle a fish, you have the option of adjusting the drag.

The feel of drag is different for every angler. In my opinion, there is very little need to ever have the drag positioned to maximum.

Relax. Angling is a relationship between the rod, line, hook, reel, angler and fish.

So long as the max drag is roughly 1/3 the breakage rating (test) of the line, you are golden.

How to utilize it?

Once your line and rigging are set up, you can test the drag simply by holding the rod as though you are fishing, and then tugging the line with your hand just above the reel.

If the line comes out too quickly, tighten or increase the drag one notch at a time until you have the desired resistance.

The line should come off the real with a little effort but not freely and not by using great force.

How much drag should a reel have?

The max drag should be 1/3 the test rating of the line, and you check that by reading the data on the rod blank.

You will find a size rating for line on the blank near the reel seat.

When you choose line for that rod, keep it within the line rating and then match the reel to the test-rating of the line.

What should your drag be set at?

There is not a universal answer to this question.

The drag should be set so that when you hold the fishing pole as though you are fishing, and tug the line above the reel, the reel should not freely give out line.

Nor should the drag be so tight that you have to really pull on the line to cause the reel to turn.

You will set the drag based on the fish you target and then adjust the drag slowly as needed.

What is the best max drag for a reel?

The best max drag for a reel is 1/3 the test rating of the line.

No more drag is needed because as you adjust the angle of the rod while fishing, the line stress increases or relaxes.

Can there be too much?

Yes. Too much drag is a problem. Not only can it hurt the fish, but it can cause the fish to snap the line.

The reel should give out line to protect the line from snapping and to take some pressure off of the force that is applied to the knots while battling a fish.